The birth of our society is a favourite subject for debate. There is no doubt that in 1931 competitions were organised by Cyril Last under the banner of the Institute of the Plastics Industry. However Cyril himself considered that the Plastics Industry Golfing Society was formed in 1933 with a committee of three - Cyril Last, Tom Birrell and Sydney Goode from the Midlands. Apparently Cyril had been a quorum of one, decided exactly what was to be done and then instructed Birrell and Goode accordingly! A gentleman by the name of Arnold Sherwood was the hard working Treasurer.

In 1934 Bakelite Limited presented the Bakelite Trophy and British Plastics also presented a Cup. The rules for the Bakelite Trophy were a little peculiar. Bogey competitions were organised in three districts - London, Midlands and North - the winner being the best bogey returned from the three districts. These rules were found to be inconvenient and the Trophy was played for in London as a Bogey Competition until 1947 when it became one of the Midland Trophies which is still competed for in the Midlands each season.

The London Section of the PIGS was regularly featured in "Tom Scott's Corner" in Golf Illustrated. One of Cyril Last's ambitions was to become a Vice President of the Professional Golfers Association and with the support of Tom Scott, Commander Rowe (Secretary of the P.G.A.) Geoffrey Cousins of the "Starr" and Maurice Hart of the "London Evening Standard" Cyril was indeed invited to become a Vice President of the P.G.A. for "services to the furtherance of Professional Golf" It was following this honour the London Section, through Cyril, regularly invited the current Open Champion as guest of honour at the Annual Dinner held at the Savoy Hotel at the end of each playing season. The last fixture of the season for London was always played at West Hill GC. Cyril is, in fact, buried in the cemetery across the road from the fairway! 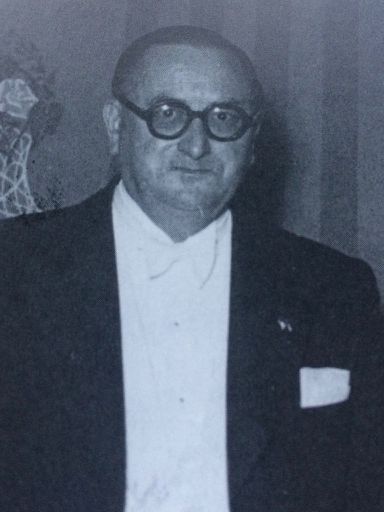 The P.I.G.S. end of season Annual Dinner Held at the Savoy Hotel. Society Members accompanied by their Ladies. 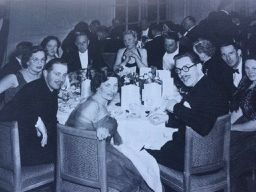 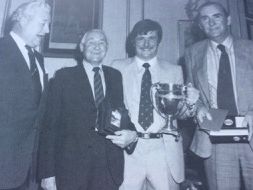 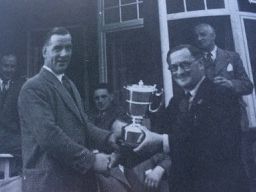 All rights reserved. The Pigs.